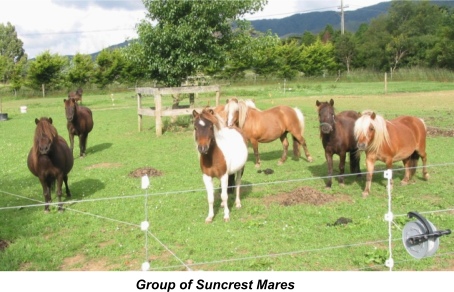 Suncrest Miniature Horse Stud was established in the Akatarawa Valley, north-west of Upper Hutt in 1989 and later relocated to bare land in the Mangaroa Valley, north- east of Upper Hutt, where the Stud has resided since 1994. Our interest in Miniature Horses was truly a family affair where Bob and Karen, and children - Jason and Sooz (then aged 12 and 13 years) lived and breathed Miniature Horses from 1989 for some 15 years. Back in the 1980’s and early 1990’s the Miniature Horse was truly a rare breed in New Zealand, and most weekends would find us out all over the Lower North Island exhibiting our Miniature Horses, as there were no show classes at that time at A&P Shows. We exhibited at A & P Shows, race tracks on race days, polo carnivals, town promotions, beach races and celebrations, and were invited to, and had visits from, local retirement villages, to show our little horses.

We built our family home on the block of land in Mangaroa, planted trees and bred our delightful Miniature Horses. We sourced our original stock from the late Eden J Hore, who brought the first American bred Miniature Horses into New Zealand as part of his rare breed Glenshee Animal Park. In 1980 Eden imported 18 Miniature Horses, from South Carolina, USA - 13 mares and 5 stallions. During the first foaling season in NZ (in 1982), 6 foals were born and at a later date we were fortunate to be able to purchase two of these as mares. One of which - Glenshee Honey (see photo in harness) became the matriarch of our herd and her bloodlines come down through our stock still today, many generations down the line. 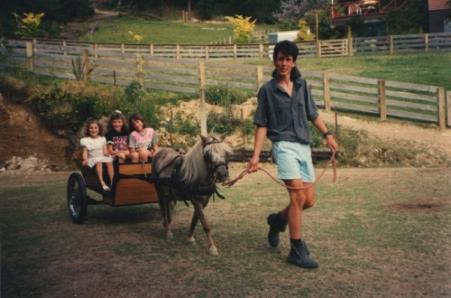 The other mare, Glenshee Mandy still graces our paddocks to this day and in 2012 (at 30 years of age). Mandy is the oldest living mare born to an imported American Miniature horse in New Zealand. She keeps good health, has never been ruged, and still enjoys a good buck and run around the paddock. Mandy last foaled in October 2004 and her 12th foal, a filly – Suncrest Mystic Krystal is now seven years old. 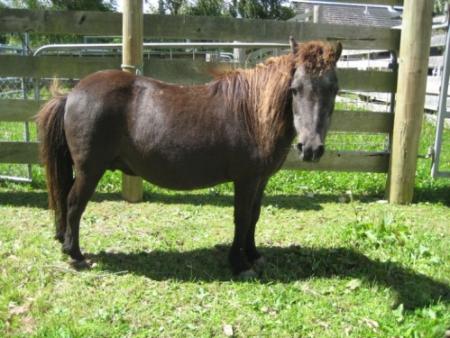 Right from day one our aim at Suncrest was to breed Miniature Horses (under 34”) with great confirmation, quiet temperaments, a variety of colours and total refinement - a horse for all occasions, breeding, showing, and as companions to all. At Suncrest we believe we have achieved that. 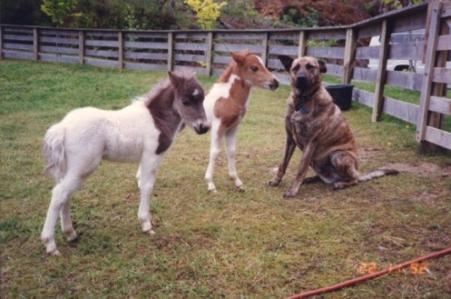 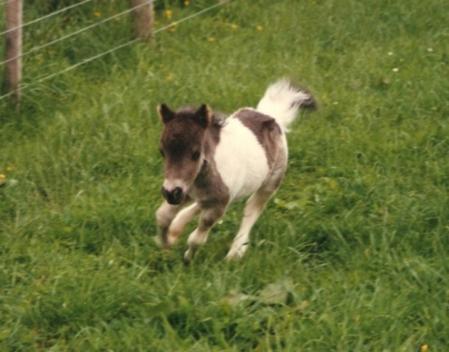 Our latest addition at Suncrest is a tiny bay blanket Appaloosa filly foal out of mare Suncrest Mistic Genie (31 inches) by Falabella Cheyenne (30.25 inches). This little pet, born at Suncrest on 7 January 2012 and measuring in at a mere ~16 inches tall, looks set to be a real stunner, and owner of both mare and filly, Kathy Makarios, is looking forward to taking her out round next year’s show circuit. Go.. Kathy and Abbie…!! 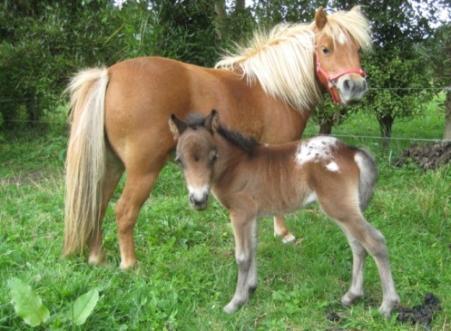 Over recent years our Miniature Horse stud has become much smaller, and due to other commitments – the development of our Suncrest White Galloway Cattle Stud, retirement and travel our aim is to sell the remainder of our stud horses.

Breeding and promoting the American Miniature Horses has been a wonderful journey for us, during which time we have made some long-lasting friendships around New Zealand, Australia and USA.

Please check our Sales List as we may have the perfect little horse for you! 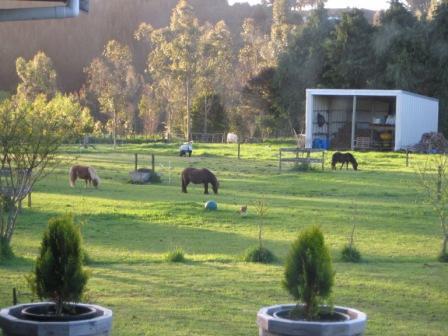 Thank you for visiting Suncrest...